(November 4th) Today we had two artists come to visit the university and speak about their practice and how they are experiencing the artist world.

The first to speak was the print maker and illustrator Alex Brady. Currently she is the co owner of Two Queens gallery and studio space in Leicester. Her and a few other ex students also set up Vanilla Galleries in Loughborough, converting an old record shop into a gallery space. After her studies she won the opportunity to work as a colourist for a company in Italy. Brady was there for 18 months gaining good experience in the commercial art industry. She also worked in London for 2 years. However at this stage in her life her personal art had pretty much come to a stop as she was working/ producing art for others as opposed to her own ideas. Brady began to listen to music to deal with her stress and came across the song Desolation Row by Bob Dylan. This became a very inspired song for Brady so in response to this she produced 28 lino cuts each one relating to the lyrics within the song. Due to expenses of Bob Dylan's record company she and a friends decided to re write the song into a poem. Brady then self published the lino cuts into a book called 'Ordinary Street'. 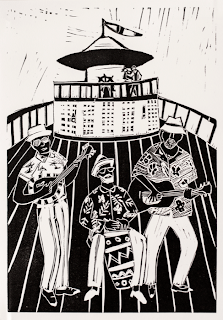 During this more positive point in her career Brady got into art fairs in order to meet other and show other her own work. She then came across a company called Conjunction who set themes each month for artists to work from. Through this Brady produced ' Ex Libris, A Collection of Unusual Historical Deaths'. To continue her career she wants to continue to develop on her print making skills, in particular she wants to bring back techniques she has left behind like screen printing as lino cuts can become very tedious as they take a great deal of time to produce to a high standard. Brady also wants to add more depth, texture and spontaneous mark making to her work and develop on her story telling skills especially in terms of narrative.  She is now currently working on a series of short stories called 'Water Stories' 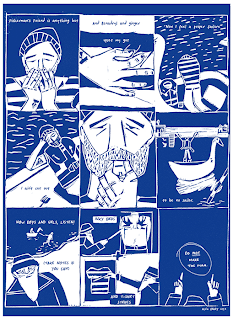 The second visiting artist was Leila Houston. She works with video, photography and sound installations. As well as exhibiting across the Midlands Houston has also exhibited in France. Throughout her career she has built up her experience working in galleries, curating group shows and also working in a school holding workshops and evening classes for adults. Houston thoroughly enjoyed her time in the school and loves to teach others art. She has also found it very hard getting rejected from certain exhibitions however she has had a lot of success locally creating large scale installations. She spoke about how to carry on as an artist and what you need to do so; balance, creativity, risks and to accept that it will be tough and that you will get a lot of rejection but to never give up. Also she commented on the fact that you should volunteer at local galleries to gain experience for the future as it will help a lot when you are looking for full time work in the art world and will look great on your CV. 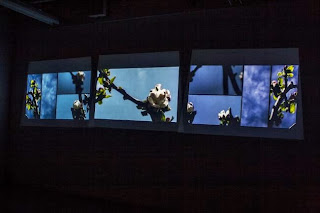